Herefordshire’s great antiquarian historian was Rev. John Duncumb (1765-1839), author of Collections towards the History and Antiquities of the County of Hereford, who lived  in Hereford and served as rector of Abbey Dore in this county. At the commission of Charles, Duke of Norfolk, one of the principal landowners in the county, Duncumb worked for decades on compiling histories of the parishes in Herefordshire’s different hundreds.

Duncumb’s work was curtailed by the duke’s death in 1815, although he seems to have continued collecting notes, for Webtree at least. By 1815, he had seen the publication of:

Duncumb vol. 1 Herefordshire’s ancient history and the history of the City of Hereford (1804)

After Duncumb’s death, much of his work was further researched and published, particularly by Judge W.H. Cooke; Rev. Morgan G. Watkins and John H. Matthews, who issued the following volumes, based on Duncumb’s manuscripts:

Hundreds are ancient divisions of counties based originally (it is thought) on the amount of land needed to raise 100 fighting men. For a map showing Herefordshire’s Hundreds, see here.

Duncumb either did not work on the Hundreds of Wigmore, Stretford and Wolphy, or if he did, the manuscripts’ whereabouts are unknown. However, Duncumb did work on  a manuscript volume on the Hundred of Webtree, in which his rectorship of Abbey Dore lay, filling in at least one page for each parish in this hundred, except for poor Tyberton, that he seems to have forgotten about.

Dore Abbey, from an original engraving interleaved in Duncumb’s manuscript history of the parish

The manuscript appears to have been in the hands of Judge Cooke for a while, and material, especially in the form of newspaper cuttings, seems to have been added throughout the 19th century. It was then lost to sight and to the knowledge of Herefordshire’s historians, until it resurfaced in an antiquarian bookseller’s in Henley on Thames just at the time when I was moving to Callow, in this same hundred, so I purchased it and brought it with me, so that it now resides at the heart of the Hundred it chronicles and within a  few miles of where Duncumb wrote it.

The manuscript would require a vast amount of time and money to create a publishable volume on a par with those listed above, and some of the parish sections are so short as to be of negligible value at all. But there still a vast amount that is of enormous value to local and family historians. Duncumb’s five pages on Callow, for example, have proved an invaluable foundation for my current work on the parish’s history. His transcriptions of memorial inscriptions (gravestones) cover many that are still there and plenty (such as most of those from Callow’s graveyard) that have since been destroyed, so this manuscript certainly contains some unique material. 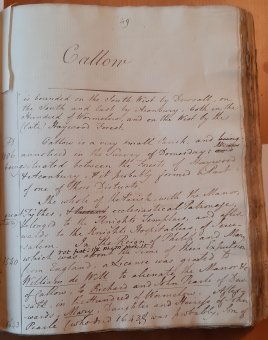 The first page of Duncumb’s account of my home parish of Callow (this image is reduced in quality for web publication: the original in the PDF is crystal clear)

Therefore, to make what Duncumb and his successors created in this volume accessible to researchers, the entire manuscript with all its insertions have been photographed and PDFs have been created of the introduction and of each parish section. I am in the process of adding to these PDFs photographs of the churches as they are now, and some of their monuments, and other places of antiquarian interest within the parishes. This work will be ongoing for several years and the PDFs will be updated accordingly. 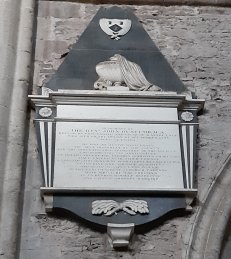 Rev. John Duncumb’s memorial in Abbey Dore, one of the parishes covered in his manuscript history of the Hundred of Webtree

In order to start covering the cost of the manuscript’s purchase and the subsequent work of curating the manuscript, I am now making the PDFs available to the public for a modest fee of £10 for the ‘incomplete’ parishes and £30 for the ‘substantial’ ones as detailed in the list above. For all purchases of PDFs please contact me. The PDFs are all covered strictly by copyright but I am most willing to collaborate with anyone wishing to reproduce material for local and family history, and indeed I am at work on Callow’s parish history at present. 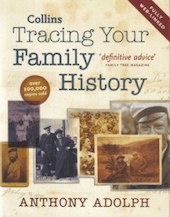 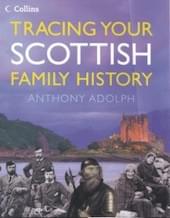 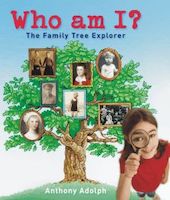 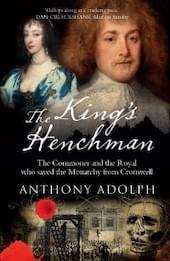 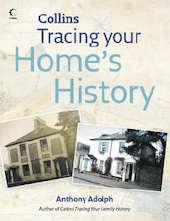